skip to main | skip to sidebar

The Media and Ghost Hunting

With all the Halloween hype over it's time for paranormal groups to get back to helping those in need.

While the public relations garnered from media attention can benefit investigation groups, mine included, it must be remembered that ghosts do not just come out during the month of October.

Families all over the world try to find ways to cope with bumps, visitations, disembodied voices, doors slamming and other activity each and every day and night for that matter. For them, Halloween is everyday.

I am not complaining because to tell you the truth, the more PR my team gets, the more our message is able to reach people. We're here to help. And for someone who is at home terrified, just having what they are experiencing verified can be a comfort.

I guess my main beef is that outside of the TV shows, the main stream media really needs to step up and cover groups during the year not just at Halloween or during the month of October. 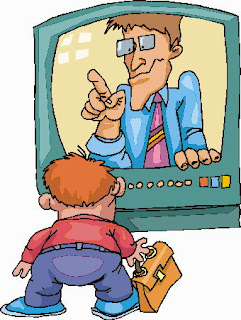 The one thing that the TV shows have done is create more awareness so news producers and editors should not be afraid to publish or air the occasional ghost investigation that is truly helping someone in need. And believe me, there are a lot of people in need.

Those are the everyday cases that the media overlooks or the public is unaware of that paranormal groups deal with consistently.

Although there are those people who truly want to publicize their “ghosts” that still leaves the majority of the population who just want a quiet investigation where the paranormal team comes out, sets up its equipment and attempts to collect evidence. Those clients simply want help and it is our job as a paranormal team to provide as much help as is possible.

Being a journalist and editor for nearly 15 years has taught me that the media will go with the hot story. That is normal, after all, we want to sell newspapers or get high ratings. Even community newspapers tend to cover “what's hot” whether it's about a local farmer who stops using commercial pesticides or the dance at the high school.

All I'm saying is that mainstream media needs to change its view on paranormal groups and what they do. It's not just a “Halloween” thing. It's an all year issue that affects many people around the world.

Posted by California Haunts at 8:28 AM No comments:

Safety First-When is an Investigation too hazardous?.

When is it better to err on the side of caution when you are responsible for the well-being of others?

Over the 8 years that I have run California Haunts, I have never had to face any decision about the safety of my team during an investigation.

Now, I am not talking about old buildings that have no floors in places or stairways with no handrails. I am talking about coming face to face with something that could very well affect those who come in contact with it.

Recently, we were called out to a residence where the client claimed that her two-year-old daughter might be possessed. On the phone with me the client described personality changes and physical feats that most people can not do.

Keeping an open mind, I listened to her and I could hear the fear in her voice so I set up the preliminary investigation.

As ghost hunters, we teach ourselves to have open minds and to look for every possible cause as a way to come up with real-world explanations for activity and that is what I did.

A lot of what the client told me was going on was typical of what has been seen on a lot of the TV shows but it is my belief that every client deserves a full preliminary and investigation. Our job is to help and we go out of our way to do that.

I did not attend this particular prelim as I had to work that day. I did however, pick team members who I knew would look at the facts involved and do the job asked of them.

As I listened to her, I could her hear her husband in the background recount his experience in a shaky voice. He said he had felt drained and had to sit on the couch..he then fell asleep. His wife described looking into a dark corner of the home and feeling uneasy...she saw the outline of something with claws and then the little girl appeared from the shadows.

Another investigator described talking with the parents of the girl and of how terrified they were. The mother had described seeing a gargoyle-type shadow in the home. The investigator also reported that the little girl did a spider walk as she went into another room.

There is more but I do not want give away everything that happened.

After hearing the investigators, I made the decision to pull back and seek other help for the client. Some of you may say that I am doing a disservice to the client because of this. I don't feel that way. I pride myself on the fact that my team members come from varying backgrounds. Some are social workers, others are psychiatrists and others have skills as well so we are equipped to handle just about any case.

But at what point do you look at the overall safety of your team? What if this does in fact turn into a legitimate demon possession case? We as a team are not trained to handle that. What if we make things worse? What if by being there it lashes out and hurts someone?

I know of two accounts of a paranormal group that ran into demonic activity. During the first case, the group leader called out the demon and tried to banish it from the home. It seemed to work however, for many months afterward, several members of the team that had participated in the investigation became ill. One was bitten by a venomous spider, another nearly lost her eyesight and others ended up sick. The psychic on the team said she felt something had followed her home. A few years later that same team ran into another case and one team member actually was lifted up of the ground and slammed into a wall.

At what point do you draw the line and admit you are in over your head?

The family in our team's case is scared and I am committed to get them the best help possible. I am in the process of putting together all the connected preliminary paperwork and an EVP that was caught so that I can present the information to local clergy. They are far more equipped to handle this case than we are. Some, like the Catholic Church, have psychiatrists on staff for evaluations.

As a paranormal team, we are willing to help our clients in any way we can but that does not mean that I will allow any of my team members to be hurt during an investigation. I am proud of this team and the service it provides. We have worked very hard to build a good reputation and we will continue to work at keeping that reputation.

Posted by California Haunts at 3:32 AM No comments: